“He has delivered us from the power of darkness and conveyed us into the kingdom of the Son of His love, in whom we have redemption through His blood, the forgiveness of sins” (Colossians 1:13-14).

The passage quoted above paints a vivid picture for those who stop to reflect upon it. But unlike a conventional portrait created with paint and brush, the image given to us in Colossians 1:13-14 is formed with words. The word-picture contained within this passage is one of rescue (CSB) and deliverance (KJV) from a perilous condition to a place of safety. But to fully appreciate this artistry, it helps to know something about the Artist who created it.

For example, 1 John 1:5 tells us, “This is the message God has given us to pass on to you: that God is Light and in him is no darkness at all.” In this context, “light” represents truth, goodness, and integrity. “Darkness” represents falsehood, evil, and corruption. These references should be familiar to many of us for we still use terms like “light” and “darkness” in much the same way today. 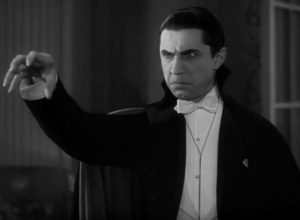 We can turn to a well-known fictional character to illustrate this idea: Count Dracula. Dracula is widely known in film and literature as the “Prince of Darkness” for his ability to bring human beings under his power, transform them into creatures like himself, and use them to do his bidding. In this respect, Count Dracula is a type of Satan, our spiritual enemy who “…has blinded the minds of unbelievers, so that they cannot see the light of the gospel that displays the glory of Christ, who is the image of God” (2 Corinthians 4:4 NIV). 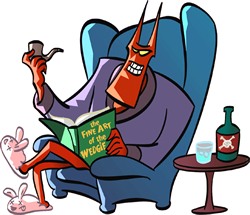 In contrast to the God of light, the Scriptures associate Satan and his associated behaviors with the concept of darkness. But unlike the depiction of a cartoonish, pitchfork-carrying prankster, the Bible does not portray Satan as a myth, a legend, or a charming rogue. Instead, he is represented as a literal being with malicious intent. For instance, the New Testament Scriptures refer to the devil as “the evil one” (Matthew 6:13), “the wicked one” (1John 2:13), “a liar and a murderer” (John 8:44). “a deceiver” (Revelation 20:10), and “the ruler of this world” (John 12:31).

So this passage tells us that God has graciously stepped in to save those who were once held captive to the dark power of this spiritual enemy and thus enable them to “…escape the devil’s trap where they are held captive to do his will” (2 Timothy 2:26 NET).

Colossians– Chapter One XVII was last modified: July 12th, 2019 by The Doctor