“For the word of God is living and powerful, and sharper than any two-edged sword, piercing even to the division of soul and spirit, and of joints and marrow, and is a discerner of the thoughts and intents of the heart” (Hebrews 4:12). 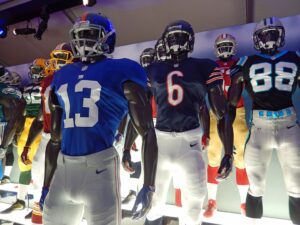 In the sport of American Football, a selection of teams with the best regular-season records meet in an annual post-season playoff. The final winners in these conference tournaments then go on to play one another in the Super Bowl championship game.

Following the 2007 season, the New York Giants football team entered this post-season contest with the fifth-best record in the National Conference. Their second opponent was the top-ranked Dallas Cowboys, a team that was heavily favored to win.

Prior to the game, several media outlets reported that the owner of the Cowboys expected his team to secure a victory over the Giants. In fact, the team’s owner was so certain of a win that he left tickets to the following game for his player’s family members before they ever took the field. Unfortunately for the over-confident owner, the Giants defeated his team to advance to the next playoff round and ultimately went on to defeat a previously unbeaten opponent in the Super Bowl championship game.

So what became of those tickets that the presumptuous owner distributed in advance? Well, in a sense, those tickets “died” as soon as his team suffered defeat. In other words, those tickets had been deprived of their power to admit each ticket-holder to the next game. That brings us to Hebrews 4:12 and the “living and powerful” nature of God’s Word.

Unlike a powerless and ineffectual ticket to a game that will never be played, the word of God is living and active in the sense that it always fulfills God’s intent. The book of the Old Testament prophet Isaiah offers one of the clearest references to the potent and dynamic nature of God’s Word…

“So shall My word be that goes forth from My mouth; It shall not return to Me void, But it shall accomplish what I please, And it shall prosper in the thing for which I sent it” (Isaiah 55:11).

In light of this, we can say a person who takes the time to prayerfully read the Word of God daily is someone who is well-positioned to follow the counsel of Psalm 119:11: “Your word I have hidden in my heart, That I might not sin against You.”

Hebrews – Chapter Four XIV was last modified: May 16th, 2022 by The Doctor