“And you, being dead in your trespasses and the uncircumcision of your flesh, He has made alive together with Him, having forgiven you all trespasses” (Colossians 2:13).

Colossians 2:13 and its reference to “…you, who were dead in your trespasses and the uncircumcision of your flesh” (ESV) is undoubtedly difficult for many to accept. In fact, this assertion may be shocking and offensive to anyone who is accustomed to the belief that human beings are naturally good, However, this passage actually represents an astonishing demonstration of God’s grace if we stop to consider it.

For instance, it is easy to recognize the heroism of those who are willing to sacrifice their lives for someone important. 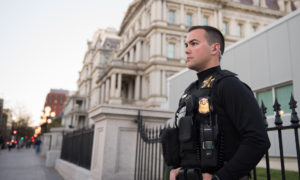 Much like a government agent who is tasked with the obligation to give his or her life in the service of a national leader, there are many who will sacrifice their lives for an important person like a head of state. We should also acknowledge the courage of those firefighters, law enforcement officers, military service members, first responders, and others in related occupations who may be asked to make similar sacrifices in the line of duty.

However, Colossians 2:13 tells us that Jesus willingly sacrificed His life for those who didn’t fit these descriptions. For example, Colossians 2:13 employs the illuminating phrase “…you, who were dead in trespasses” (RSV) to describe our lives prior to Christ. The idea behind “trespasses” involves an act of willful disobedience, as anyone who has knowingly disregarded a “no trespassing sign” can attest.

There is nothing inherently appealing about human beings who are willfully disobedient. However, the depth of God’s love is such that Jesus sacrificed His life for those who had nothing to offer Him. The following passage from the New Testament book of Ephesians explains why…

“…because of his great love for us, God, who is rich in mercy, made us alive with Christ even when we were dead in transgressions—it is by grace you have been saved. And God raised us up with Christ and seated us with him in the heavenly realms in Christ Jesus, in order that in the coming ages he might show the incomparable riches of his grace, expressed in his kindness to us in Christ Jesus” (Ephesians 2:4-7 NIV).