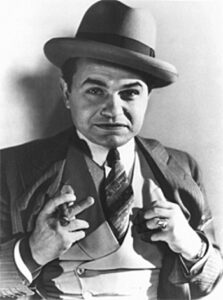 The movie screenplay serves as the basis for countless numbers of motion pictures from the early days of the film industry. The plot goes like this: a beautiful young woman from a wealthy family is kidnapped by a group of criminals. The gangsters take the young woman to their hideout where the crime boss informs her that she is being held hostage. The only way to secure her release is through the payment of a large monetary ransom before her time runs out.

Meanwhile, the handsome, daring young detective is hot on the trail of the gangsters. He discovers their hideout, defeats the criminals, and rescues the attractive young heroine. The audience is then left to wonder if a romantic relationship might develop for the couple as the music builds to a crescendo and the credits roll in all their black and white glory.

While this plot has a passing reference to the ransom mentioned here in 1 Timothy 2:6, there are several important differences. For instance, one scholar identifies the nature of the ransom given to us in this verse…

We should also note that no criminal or evildoer served as the recipient of the ransom mentioned here in 1 Timothy 2:6. Instead, God accepted Jesus’ sacrificial death as a ransom payment that atoned for humanity’s sins. The Apostle Paul expanded upon this idea in the New Testament book of Galatians…

“Christ has redeemed us from the curse of the law, having become a curse for us (for it is written, ‘Cursed is everyone who hangs on a tree’)” (Galatians 3:13).

So Jesus’ death on the cross ransomed (or recovered) us from our state of separation from God. As our judicial substitute, Jesus delivered humanity from the judgment associated with a Law we could never completely fulfill. To put it another way, “…Christ has redeemed us from the curse of the Law’s condemnation, by himself becoming a curse for us when he was crucified” (Phillips).